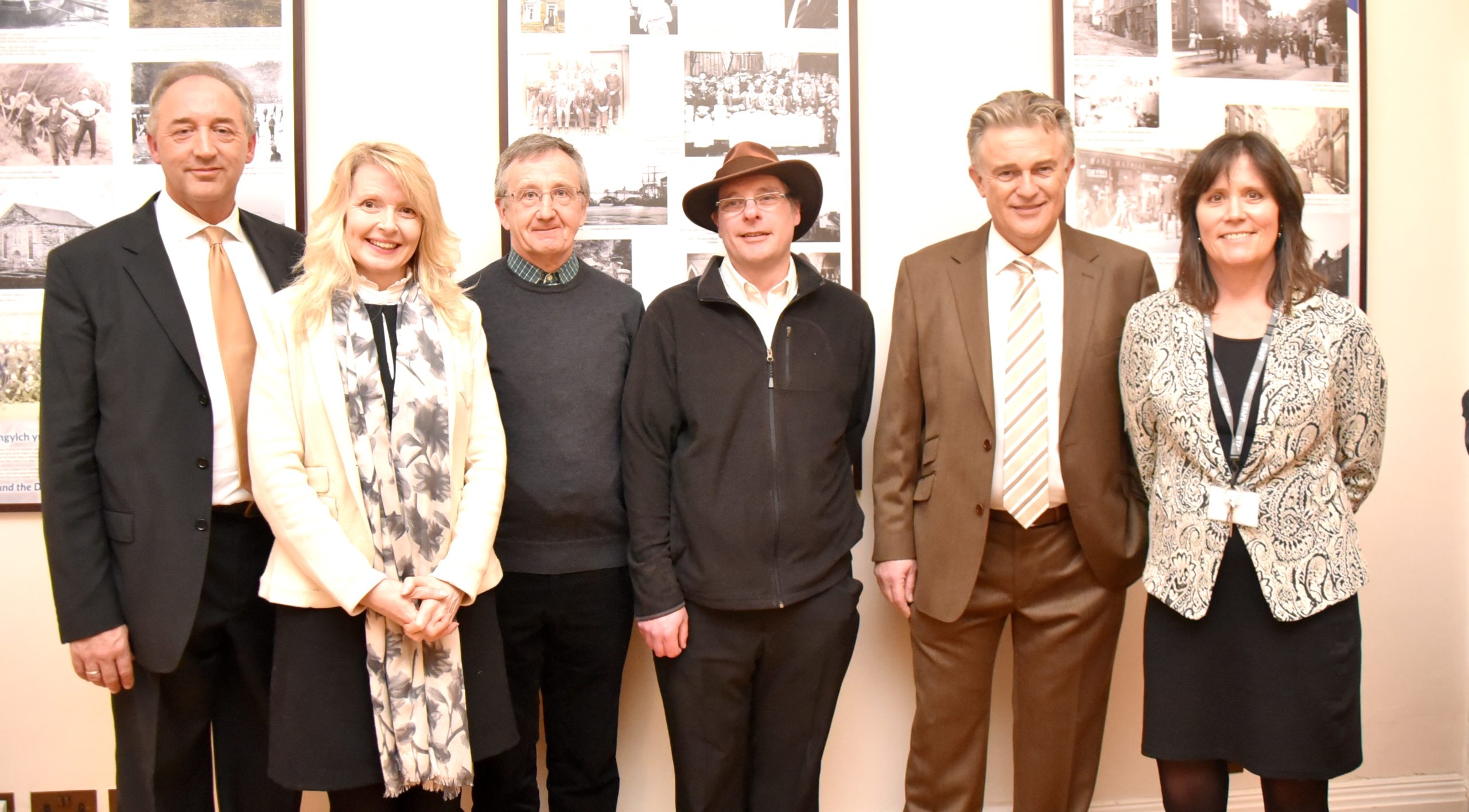 A legacy for the castle and town

An exhibition showcasing some of the extensive photographic collection of renowned local historian the late Donald Davies has been launched in Cardigan Castle.

Mr Davies, spent years amassing a photographic archive of the town’s history and just before his death he bequeathed the collection to Cadwgan Trust.

Around 70 of the photographs have now been digitalized by a team of volunteers and put onto boards designed by local printer EL Jones.
Around 100 friends of the family attended the launch which was hosted by Donald’s son Richard and partner Andrew Gardener.

Cadwgan Trust chair Non Davies welcomed everyone and said the trust was indebted to Donald for the gift of such a legacy.
Castle volunteer Glen Johnson, who was inspired to research local history by Donald, said the castle was a fitting home for the archive.
And former county librarian William Howells said that Donald’s love of history and his desire to educate and share that love with people was something to be admired.

“They say that out of the population 99% of people throw things away and the other 1% collect. Donald was a collector,” he said.
Speaking on behalf of the family Mr Gardener said they were delighted that the archive was now on display to the public.
The Donald Davies exhibition is now on display in the Silk Room of Castle Green House. Admission is free for castle pass holders or £5 adult, £3 children.