Cardigan Castle is just one of the buildings shortlisted for this year’s National Eisteddfod of Wales’ Gold Medal for Architecture, supported by the Design Commission for Wales and Royal Society of Architects in Wales.

The multi-disciplinary restoration of the 12th century castle, completed by Purcell Architects, paid close attention to detail and even reopened a local slate quarry to provide the correct stone for repairs to the castle walls. The end result is a design that involved the local community and historical governing bodies to create a renewed visitor attraction.

The shortlist of seven building projects, located across Wales, which are in the running for the Gold Medal has been unveiled at a reception hosted by the National Eisteddfod of Wales and supported by Design Commission for Wales and Royal Society of Architects in Wales at The Chapel, Abergavenny.

The Gold Medal recognises the importance of architecture in the nation's culture and to honour architects achieving the highest design standards.

Supported by the Design Commission for Wales, and awarded in association with the Royal Society of Architects in Wales, the Medal recognises architectural excellence in buildings completed between 1 January 2013 and 14 March 2016 and recommended to the Eisteddfod as being of the greatest merit.

Other projects on the shortlist include:

City centre community campus, Cardiff and Vale College, Cardiff. A modern wedge-shaped campus in the heart of the city that aims to engage students and the local community. Designed by BDP Architects throughout the UK and worldwide

Caernarfon Castle Entrance Pavilion, Gwynedd. A glass structure to welcome visitors to the castle, as well as improve accessibility and visitor traffic at peak times. Designed by Donald Insall Associates’ Conwy office. (Offices throughout the UK)

Pontio Arts and Innovation Centre, Bangor, north Wales. A contemporary building to bridge the gap between the university’s main arts building and the lower city. Designed by Grimshaw Architects practising in London and worldwide.

The Chickenshed, Monmouth. A former abandoned poultry barn that was transformed into a versatile holiday home. Designed by Hall + Bednarczyk of Chepstow, Wales.

Gayna Jones, chair of the Design Commission for Wales, said: “The broad range of projects this year is encouraging as is their ingenuity. Learning, heritage and cultural life feature strongly in a range of settings, with the common factor being that each project demonstrates the skill of designers and the transformational impact of very good design. Given the range of setting, scale and disciplines of the projects however, we do not envy the selectors in their task this year.”

The shortlist was drawn up by selectors Alan Francis, former chairman of the Design Commission for Wales and co-founder of Gaunt Francis Architects, and Jonathan Vining, head of urban design at WYG Group in Cardiff. After further deliberation over the coming month, just one of the shortlisted buildings may be awarded the Gold Medal for Architecture on 30 July at the Monmouthshire & District National Eisteddfod of Wales 2016 at Abergavenny.

Alan Francis said: “We were delighted this year to receive a diverse and high quality selection of entries from a much wider range of work sectors and clients than has been the case in recent years. Both the private and public sectors were represented, and the excellent submissions ranged from large corporate headquarters to much smaller infill commissions.

“The difficulty for any judge in that scenario is in defining the selection criteria, and in determining how high to raise the bar for what is Wales’ foremost architectural award. We decided that whilst innovation, sustainability, materiality and a creative response to the brief were all important, they should be minimum criteria and that crucially, if the Gold Medal was to be awarded, it should be granted to a project that demonstrated an unwavering conviction to deliver that project rationally and beautifully, from the original concept right through the smallest of details, so as to provide an exemplar solution.”

The Gold Medal for Architecture may be awarded together with the Plaque of Merit, which is given to smaller projects of a value of up to £750,000, achieving high design quality.

All seven shortlisted projects for the Gold Medal will be included in the Architecture in Wales exhibition at the National Eisteddfod of Wales from 29 July – 6 August. Supported through the partnership between the Eisteddfod, Design Commission for Wales and the Royal Society of Architects in Wales, the exhibition aims to raise the profile of architecture in Wales and convey the valuable contribution that the built environment makes to Wales as a beautiful and distinctive place.

Robert Firth, president at Royal Society of Architect in Wales (RSAW), said: “Of all the architecture awards, it’s often the National Eisteddfod Gold Medal shortlist that means the most to Welsh architects. The Medal has a fine pedigree with many distinguished winners over the years; RSAW members are always happy and proud to see their work exhibited in the show. The Medal is a wonderful snapshot of the best architecture being produced every year in Wales.”

The National Eisteddfod of Wales’ Gold Medal for Architecture was established through the efforts of architect and town planner, Thomas Alwyn Lloyd (1881 - 1960). It was first offered in 1954 but never awarded during his lifetime. The first accolade was awarded in 1960 to Grenfell Baines & Hargreaves of Preston for the Warehouse and Offices of H J Heinz Ltd, Western Avenue, Cardiff. The Award, along with the Plaque of Merit, has been supported by the Design Commission for Wales since 2009. 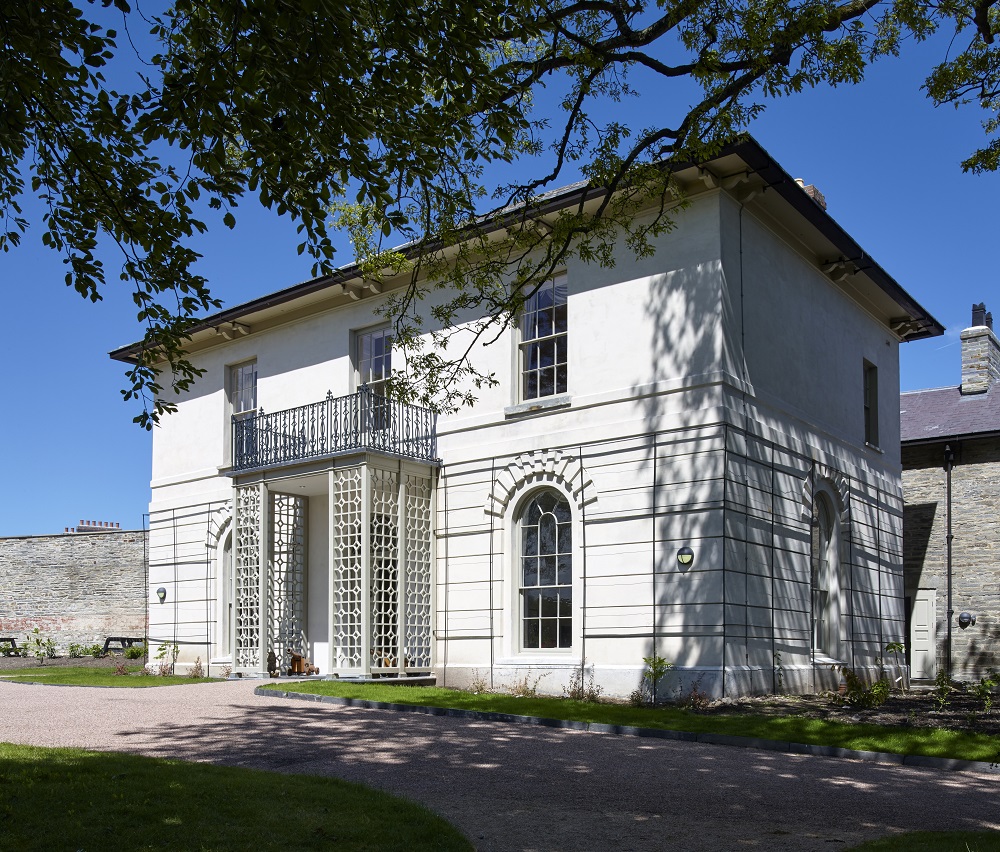